To vote for your favorite contestant to be the next Face of La Mode, kindly look for the contestant you would like to vote for and click on the blue vote button.

• Voting costs 50 Naira per vote and starts from 20 votes upwards. You can vote as much as you want.

2) Send the payment receipt with the contestant’s name and the number of votes paid for to 08104898062 (Whatsapp), and a confirmation will be sent to you once the transaction is confirmed.

Note that votes, less than the minimum 20 votes, will not be acknowledged 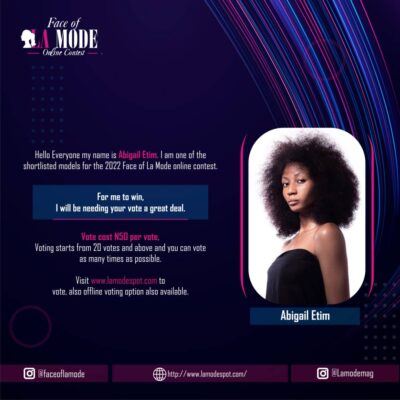 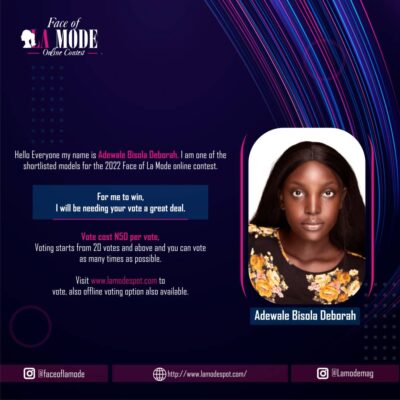 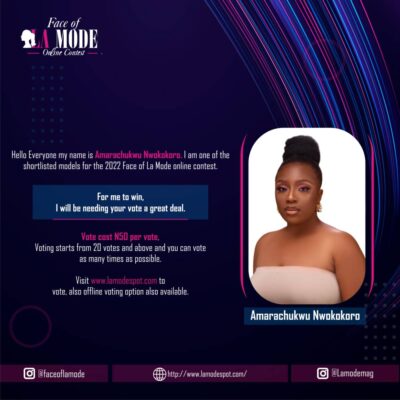 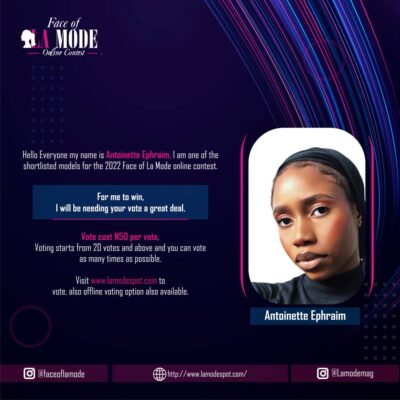 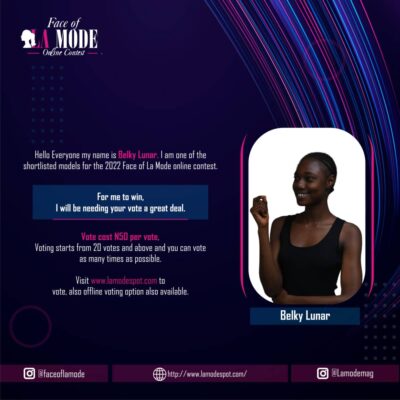 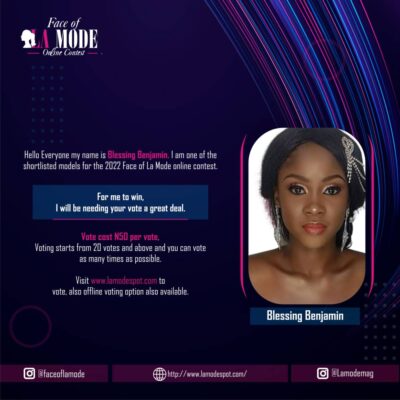 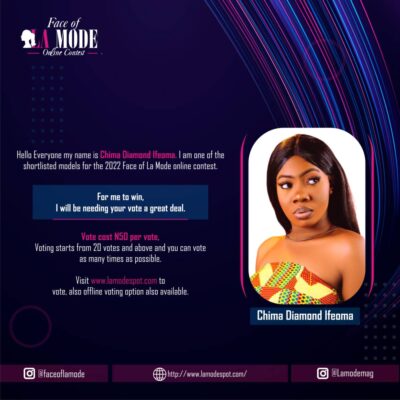 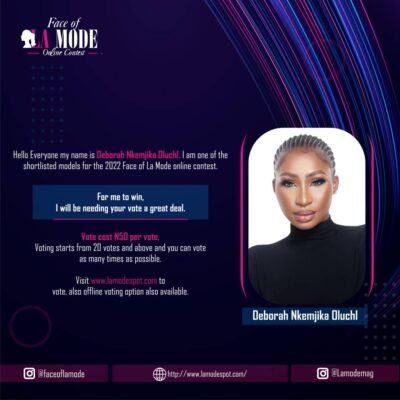 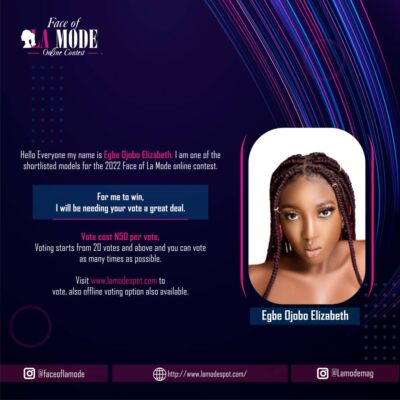 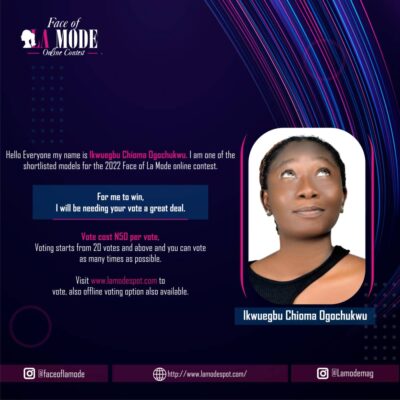 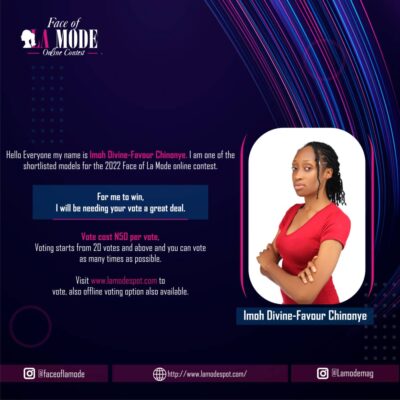 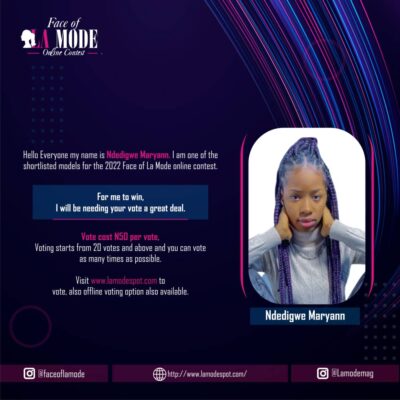 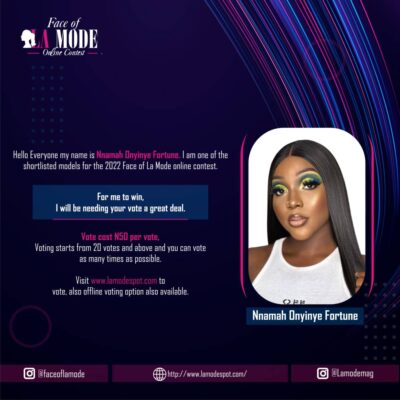 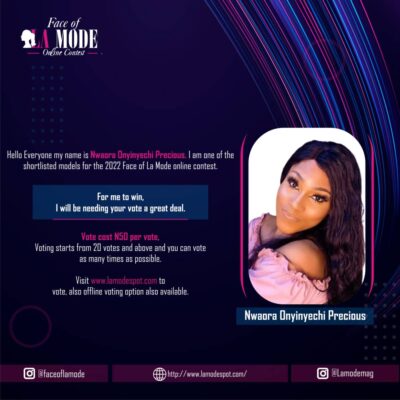 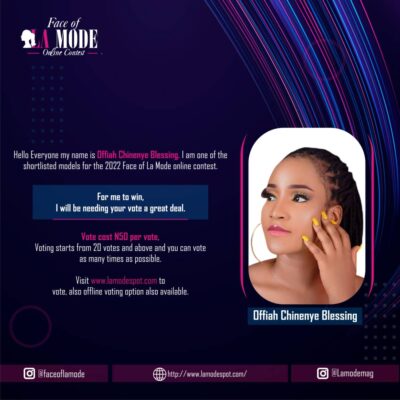 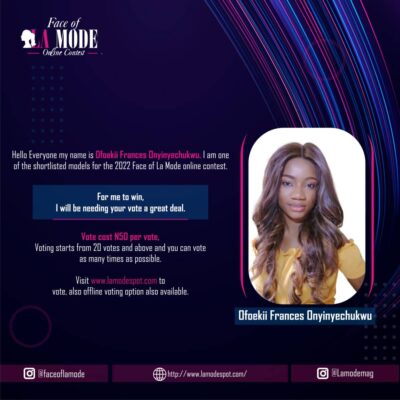 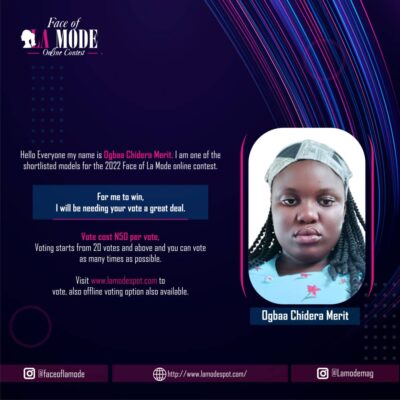 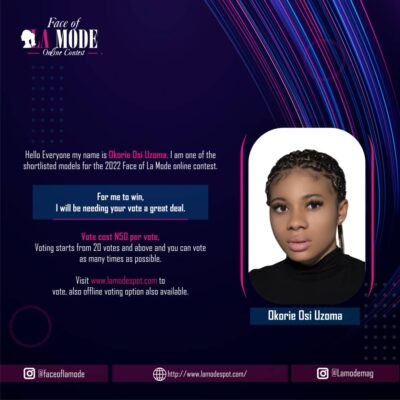 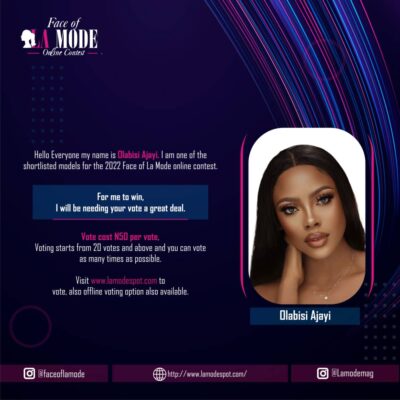 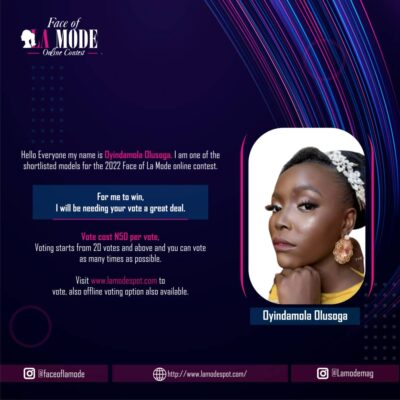 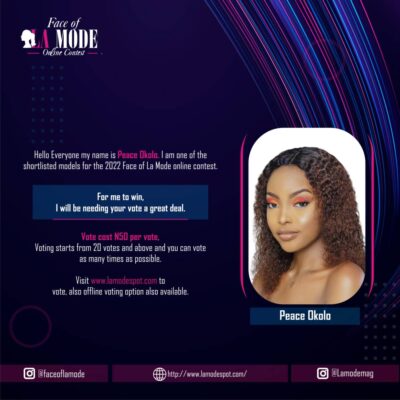 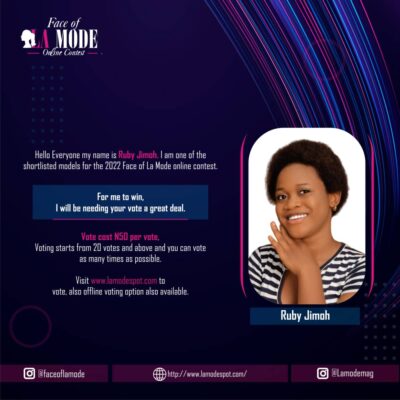 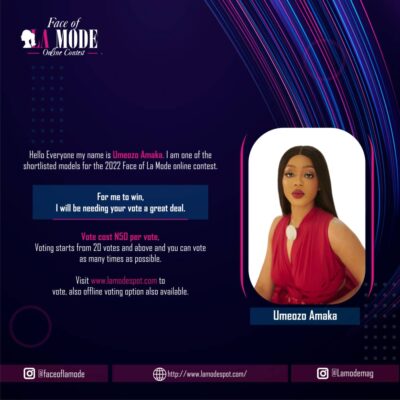 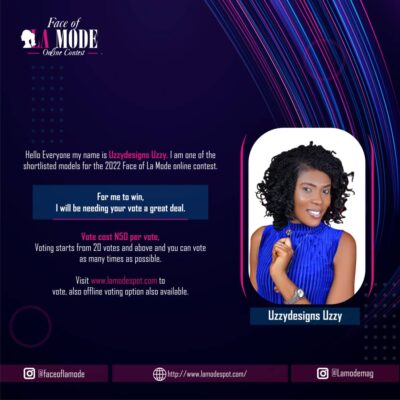