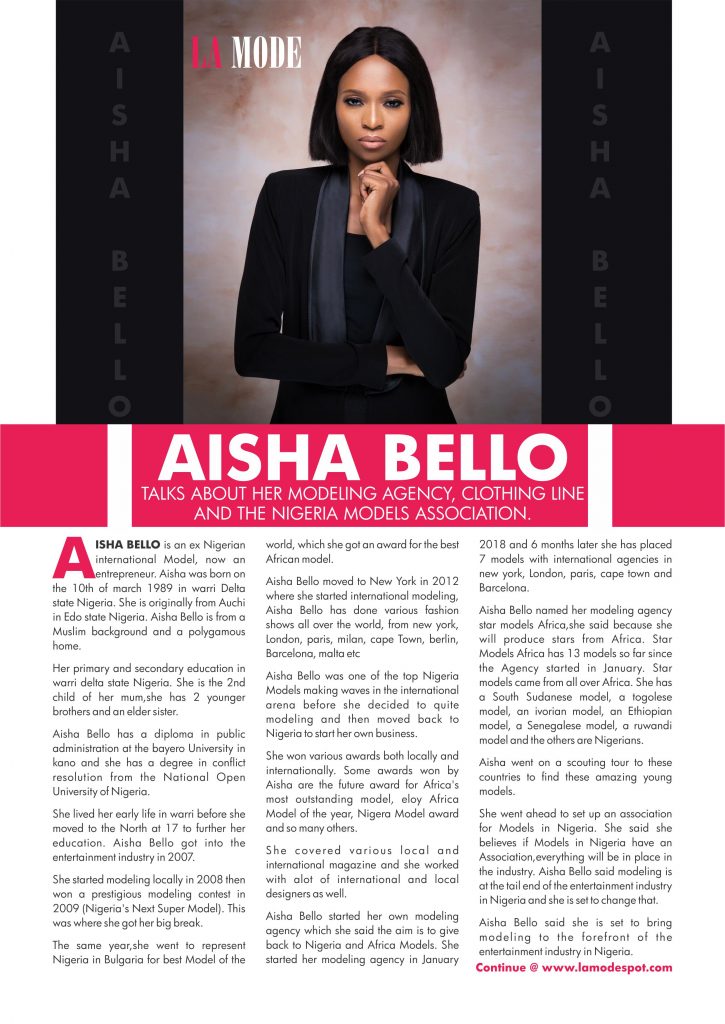 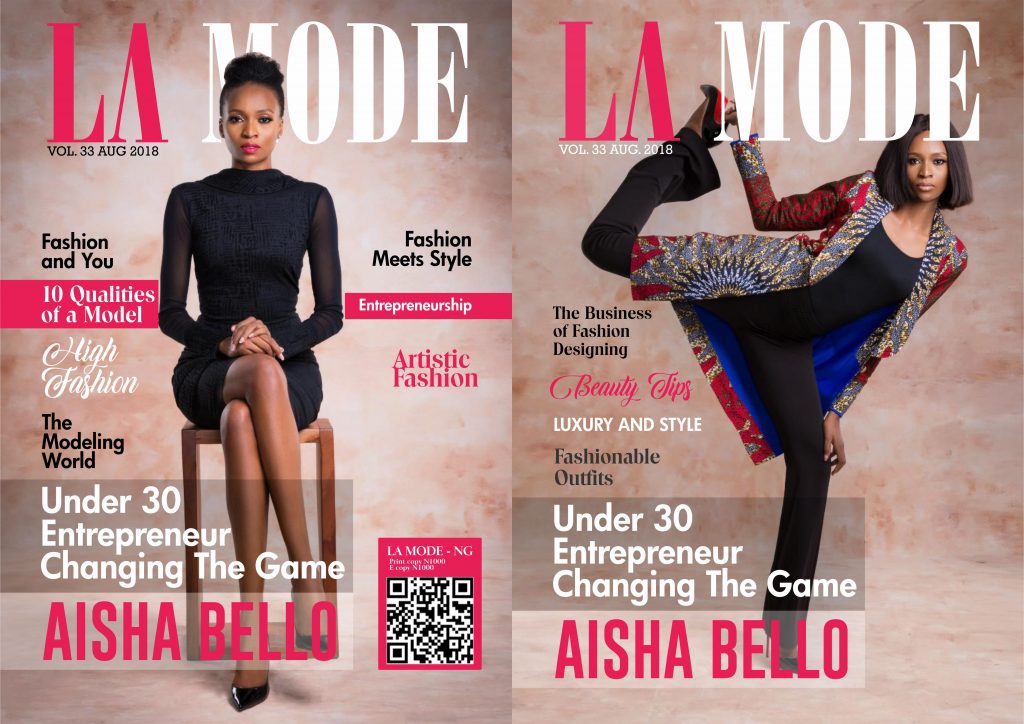 She is an ex Nigerian international Model, now an entrepreneur. Aisha was born on the 10th of march 1989 in warri Delta state Nigeria. She is originally from Auchi in Edo state Nigeria. Aisha Bello is from a Muslim background and a polygamous home.

Her primary and secondary education in warri delta state Nigeria. She is the 2nd child of her mum,she has 2 younger brothers and an elder sister.

Aisha Bello has a diploma in public administration at the bayero University in kano and she has a degree in conflict resolution from the National Open University of Nigeria.

She lived her early life in warri before she moved to the North at 17 to further her education. Aisha Bello got into the entertainment industry in 2007.

She started modeling locally in 2008 then won a prestigious modeling contest in 2009 (Nigeria’s Next Super Model). This was where she got her big break.

The same year,she went to represent Nigeria in Bulgaria for best Model of the world, which she got an award for the best African model.

Aisha Bello was one of the top Nigeria Models making waves in the international arena before she decided to quite modeling and then moved back to Nigeria to start her own business.

She won various awards both locally and internationally. Some awards won by Aisha are the future award for Africa’s most outstanding model, eloy Africa Model of the year, Nigera Model award and so many others.

Aisha Bello started her own modeling agency which she said the aim is to give back to Nigeria and Africa Models. She started her modeling agency in January 2018 and 6 months later she has placed 7 models with international agencies in new york, London, paris, cape town and Barcelona.

Aisha went on a scouting tour to these countries to find these amazing young models.

She went ahead to set up an association for Models in Nigeria. She said she believes if Models in Nigeria have an Association,everything will be in place in the industry. Aisha Bello said modeling is at the tail end of the entertainment industry in Nigeria and she is set to change that.

Aisha Bello said she is set to bring modeling to the forefront of the entertainment industry in Nigeria.

She is the owner and creative Director of elegantebyaisha clothing line. She said fashion is her passion and her ready to wear brand and farming are her core businesses then the modeling agency is a platform to give back to Africa young girls.

Aisha Bello’s clothing line is one of the fastest growing ready to wear brand in Nigeria.

The serial entrepreneur Aisha Bello also has 2 farms in Nigeria where she is into Animal poultry.