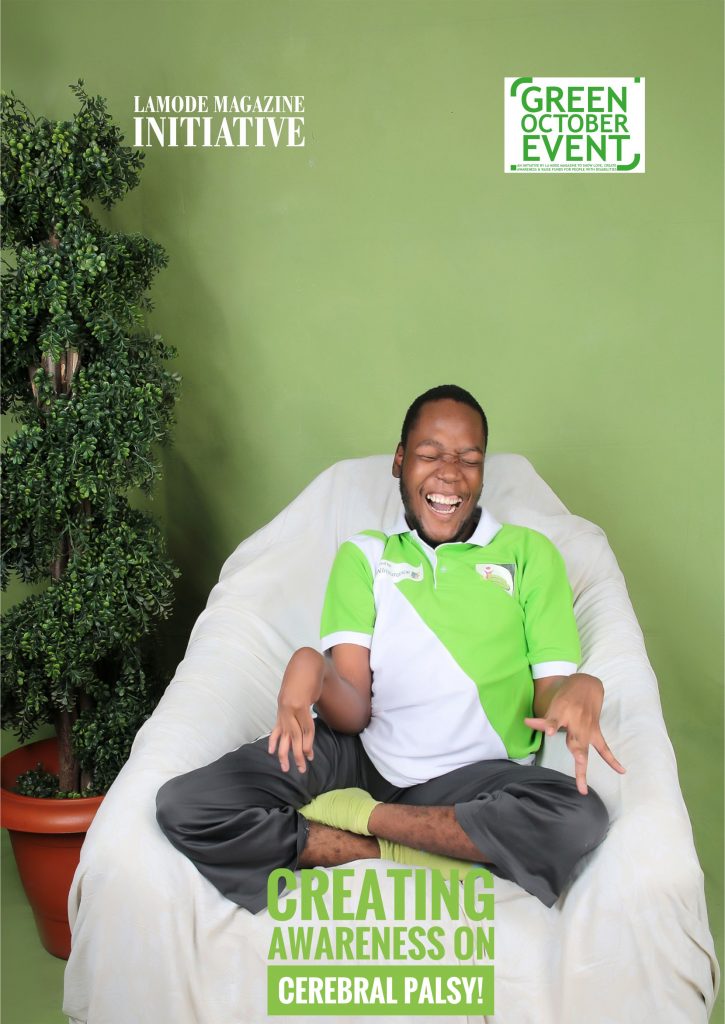 La Mode Magazine is partnering with Mr. Femi Gbadebo founder of Benola a Cerebral Palsy Initiative to create awareness on Cerebral Pasly through the Green October Event. Benola is an NGO that is fast changing the face of Cerebral Palsy and Disability Management in Africa. His Son Olaoluwa Gbadebo who is the face of BENOLA is our adorable model for this shoot; he is living with Cerebral Palsy. The beautiful images were captured by @M12Photography

The need for us to join hands in creating awareness on CP cannot be over emphasized. Hence, the La Mode Magazine Initiative ‘’Green October Event’’

‘’Green October’’ is a La Mode Magazine initiative, founded by Mrs. Sandra Odige CEO/Publisher. It is an annual project to appreciate show love and raise funds for people living with disabilities. It’s a platform where funds are raised to support a particular cause of disabilities. The 2015 edition was focused on Down syndrome, 2016 on Autism and the 2017 is focused on Cerebral Palsy Awareness and Fund Raising.

Green October event is an avenue where philanthropic and humanitarian gestures are given annual prestigious award. These are people that have contributed significantly to humanity in their various fields of endeavors without prejudice on grounds of gender, sexual orientation, religion or ethnicity. The annual event is also a platform to showcase Nigerian fashion and designs.

The event promotes made in Nigeria fashion through the fashion show and exhibition.

THE OBJECTIVES OF GREEN OCTOBER PROJECT

Encourage people to engage in humanitarian works no matter how small or big as this will go a long way in saving lives, reducing suffering and respect for human dignity.

To raise funds for people living with disabilities

Create awareness on the different types of disabilities 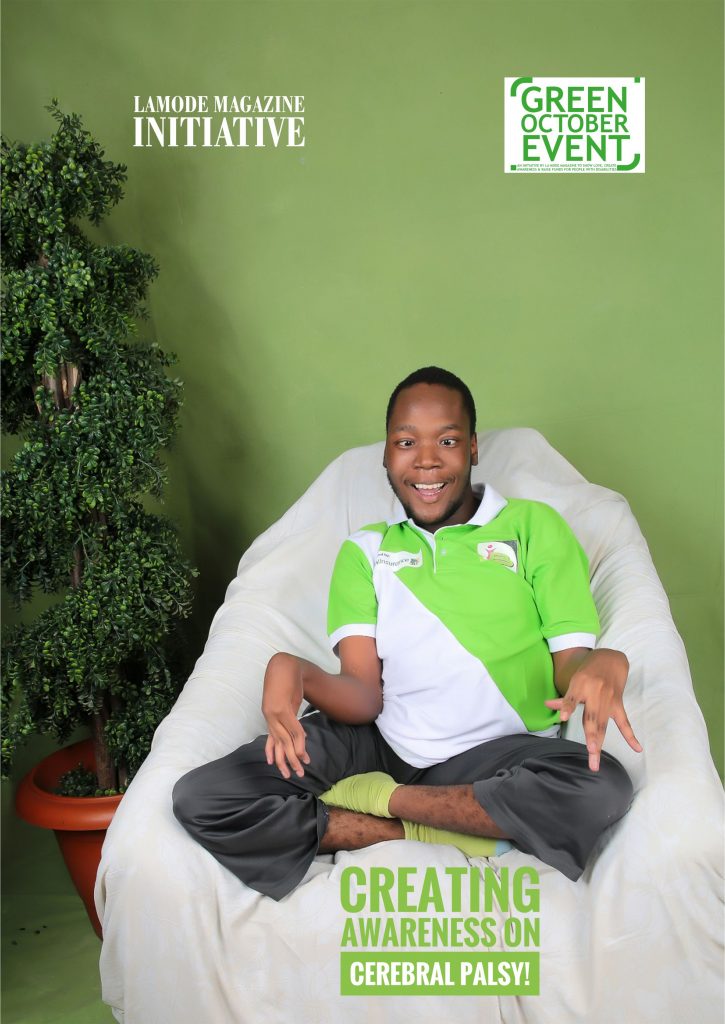 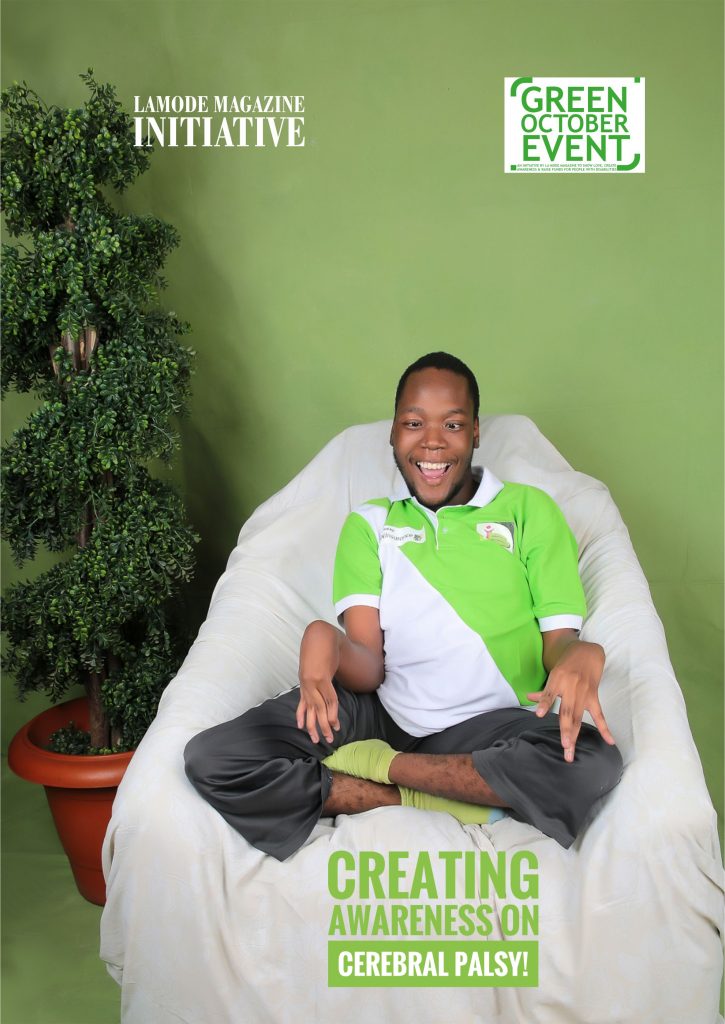 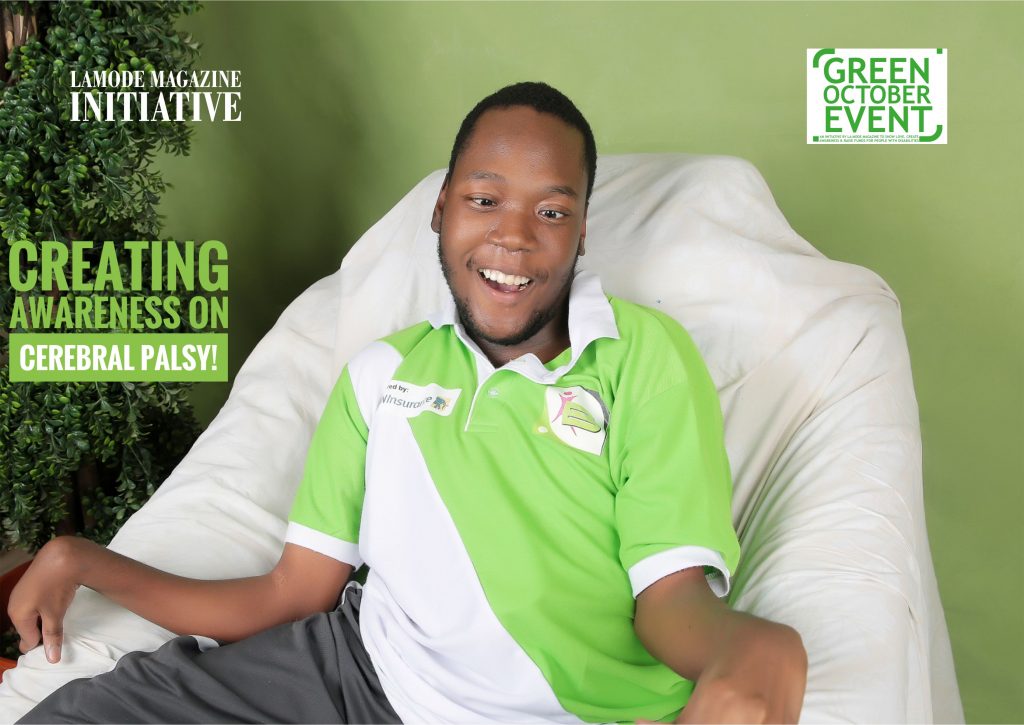 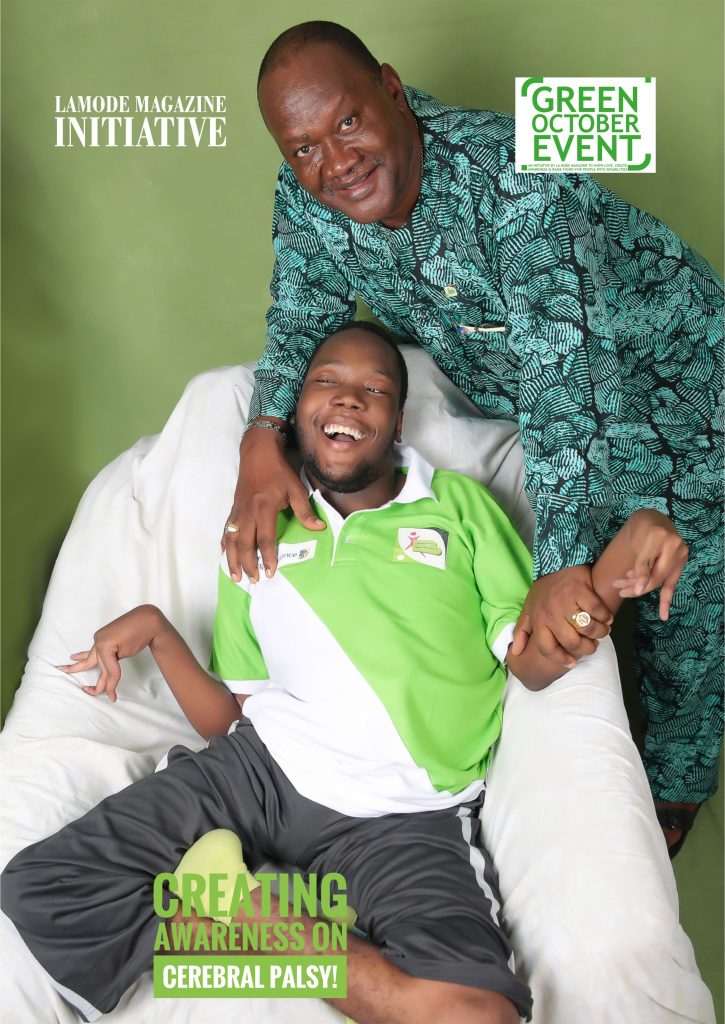 Cerebral Palsy (CP) is a disorder that affects muscle tone, movement, and motor skills usually caused by brain damage before, or during a child’s birth, as well as in its developmental years. CP is a non-degenerative condition that affects about three children per 1,000 births, and currently there is no cure. The effects of CP can be as mild as a minor limp, but the worst cases usually include paralysis of the legs or hands, speech impairment, and sometimes mental retardation. However, with proper management, many are known to live successful lives with this condition, with a number of them now helping to spread awareness about how to live well with CP.

The Burden by Numbers