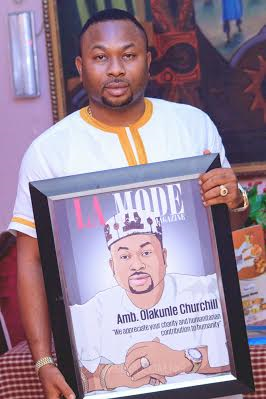 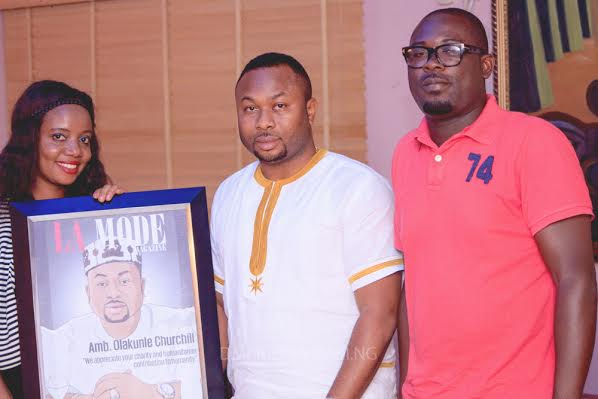 The 2016 Edition of Green October event which focuses on celebrating people living with disabilities and honouring humanitarians got a massive boast over the weekend in Lagos as they recognised Dr. Olakunle Churchill as one of its award recipients and his company Big Church Group as official partner to the event.

The event which recorded impressive turnout last year with headline celebrities, personalities and humanitarian award recipients like ‎Osasu Igbinedion, 2face Idibia, Osas Ajibade, Ariyike Akinbobola , Ezinne Akudo, Anyaoha, Amb Karo Ekewenu, Tony Elumelu, Ruth Idahosa and Mrs Rose Mordi Founder Down Syndrome Foundation Lagos, will be staged on October 1st to celebrite people who have significantly contributed to humanity.
‎
Olakunle Churchill who also bagged a Doctorate Honours on thesame day from an international university has been at the forefront of empowering the less privileged and promoting charity projects has been listed for this year\’s award.‎ At the event guests will be highly entertained with fashion shows , entertainment from artists with a focus on Autism.

Presenting the beautiful portrait o‎f the CEO of Big Church Group, the project director of Green October Event and Publisher La Mode Magazine, Mrs Sandra Odige Said \’Sir, it\’s a privilege for us to meet you today, all efforts to reach you last year before the event proved abortive but today we are excited to have tracked you here even though you are enroute Benin Republic for your doctorate honours…Amb. Churchill, in sincere recognition of your philanthropic gesture to humanity and charity visitations, we wish to recognise your and officially solicit for your partnership in the worthy project…receive this with our highest regards and commendations\’‎

As at writing this, the preparation for this edition is at the advanced stage. Amongst every other preparations they are set to do promotional campaign photo shoot to officially unveil the 2016 edition.. 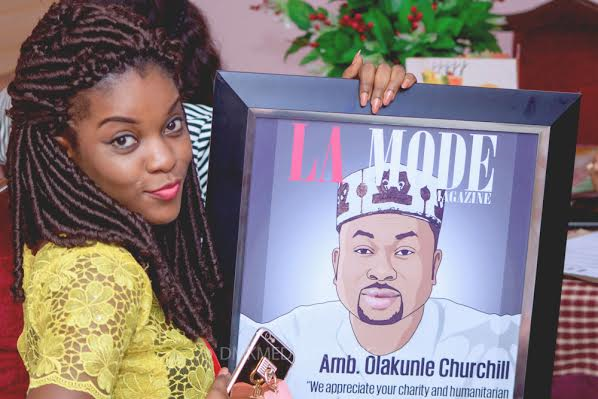