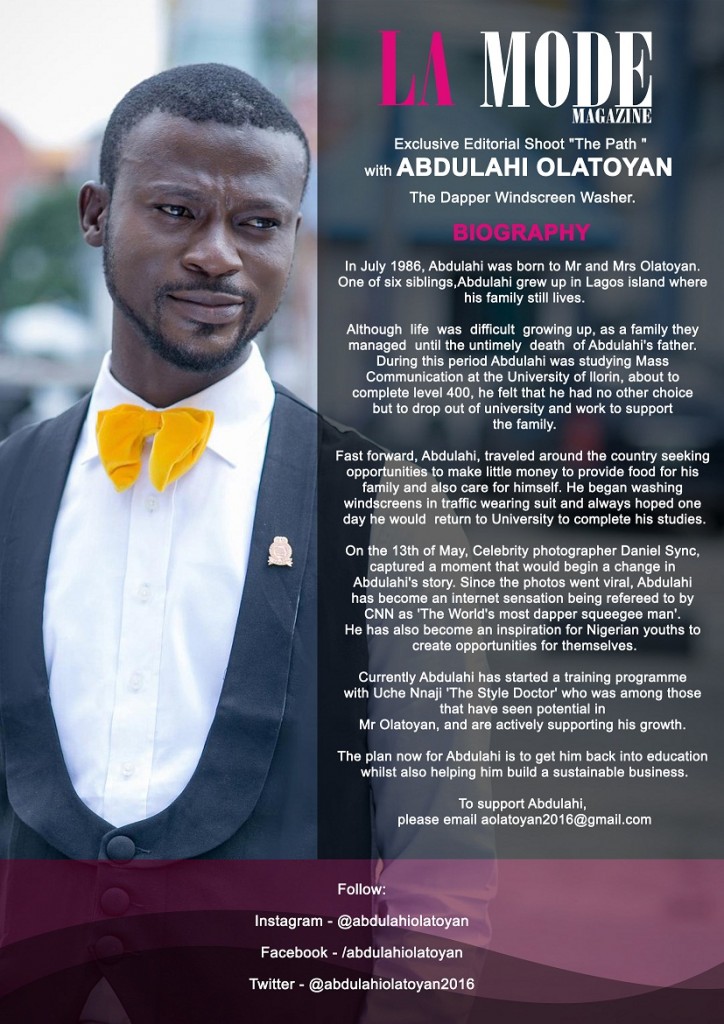 In July 1986, Abdulahi was born to Mr and Mrs Olatoyan. One of six siblings, Abdulahi grew up in Lagos island where his family still lives.

Although life was difficult growing up, as a family they managed until the untimely death of Abdulahi’s father. During this period Abdulahi was studying Mass Communication at the University of llorin, about to complete level 400, he felt that he had no other choice but to drop out of university and work to support the family.

Fast forward, Abdulahi, traveled around the country seeking opportunities to make little money to provide food for his family and also care for himself. He began washing windscreens in traffic wearing suit and always hoped one day he would return to University to complete his studies.

On the 13th of May, Celebrity photographer Daniel Sync, captured a moment that would begin a change in Abdulahi’s story. Since the photos went viral, Abdulahi has become an internet sensation being refereed to by CNN as ‘The World’s most dapper squeegee man’. He has also become an inspiration for Nigerian youths to create opportunities for themselves.

Currently Abdulahi has started a training programme with Uche Nnaji ‘The Style Doctor’ who was among those that have seen potential in Mr Olatoyan, and are actively supporting his growth.

The plan now for Abdulahi is to get him back into education whilst also helping him build a sustainable business.