Features, Inspirational
1 month ago by admin
0 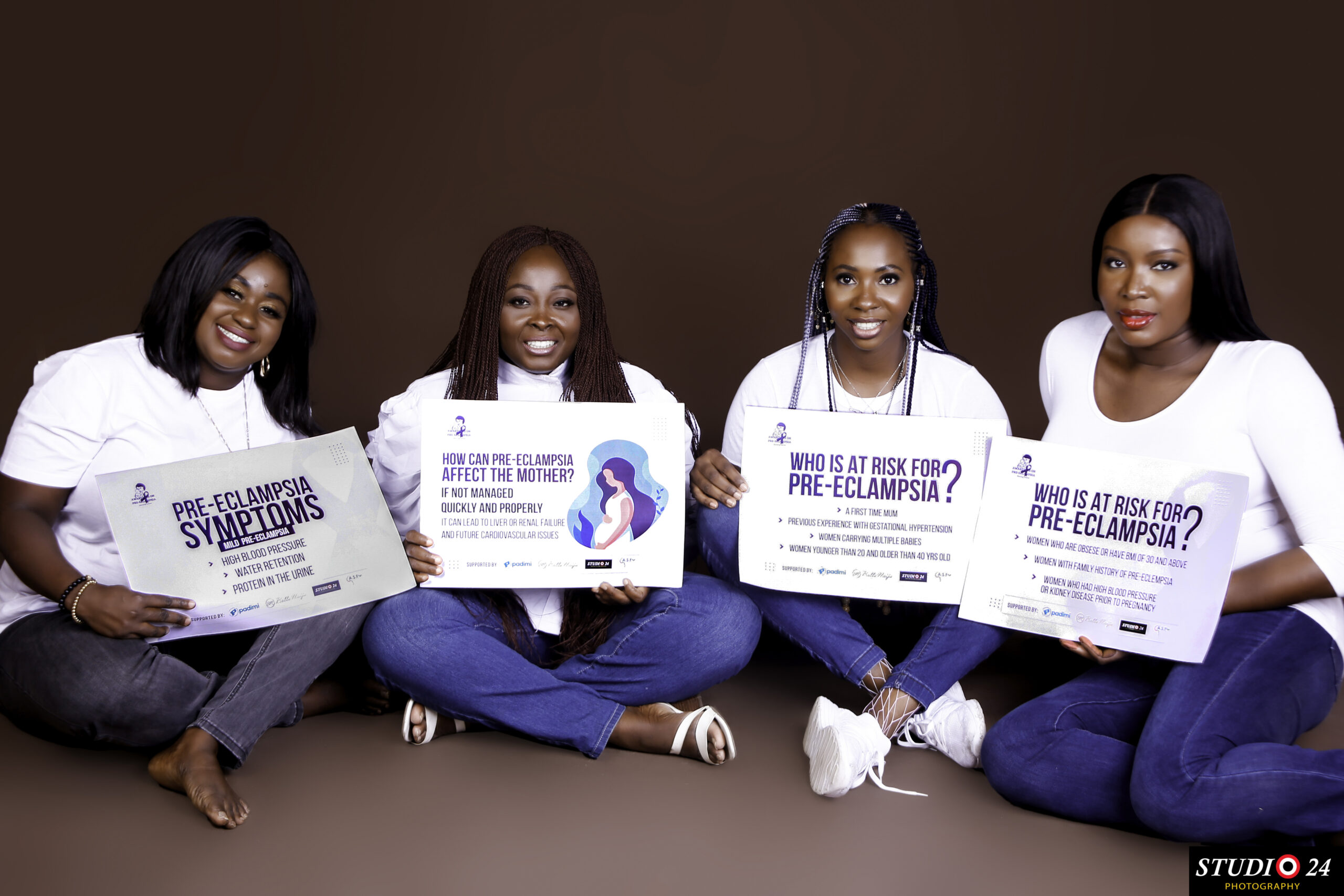 My name is Shine Begho and I am a broadcastre with 15 years experience on Radio and Television as a host, producer and content creator.  I have an initiative called The Shine Begho Initiative for Pre-eclampsia/Eclampsia awareness.
In 2016 i was diagnosed with Pre-eclampsia during my first pregnancy and spent close to 4 months in the hospital because i had severe pre-eclampsia which could lead to my death and that of my unborn son…long story short, sometime in april 2016, i was told i had less than 24 hours to live if i don’t take the baby out. After the ordeal I survived but my son did not, he died 11 days after due to the pre-eclampsia pressure. So now I’m dedicating my time and my voice to support and save the lives of women and their unborn children. Did you know that 1 in every 20 pregnant women have preeclampsia? Did you also know that preeclampsia is a global battle and it’s 7 times higher in developing countries like Nigeria, compared to developed countries. Pre-eclampsia if not taken quick action kills mother and unborn child and in some cases the child is pre-term. There is no known cure for pre-eclampsia , it can only be managed. Pre-eclampsia can be detected when a woman goes for Ante-natal, that’s why the initiative is not only to preach the word about pre-eclampsia but also how Ante-natal care is important and never miss an appointment. The Shine Begho Initiative is also raising funds for free ante-natal care for women who can’t afford it…we believe this is the first step to saving the lives of mother and child. 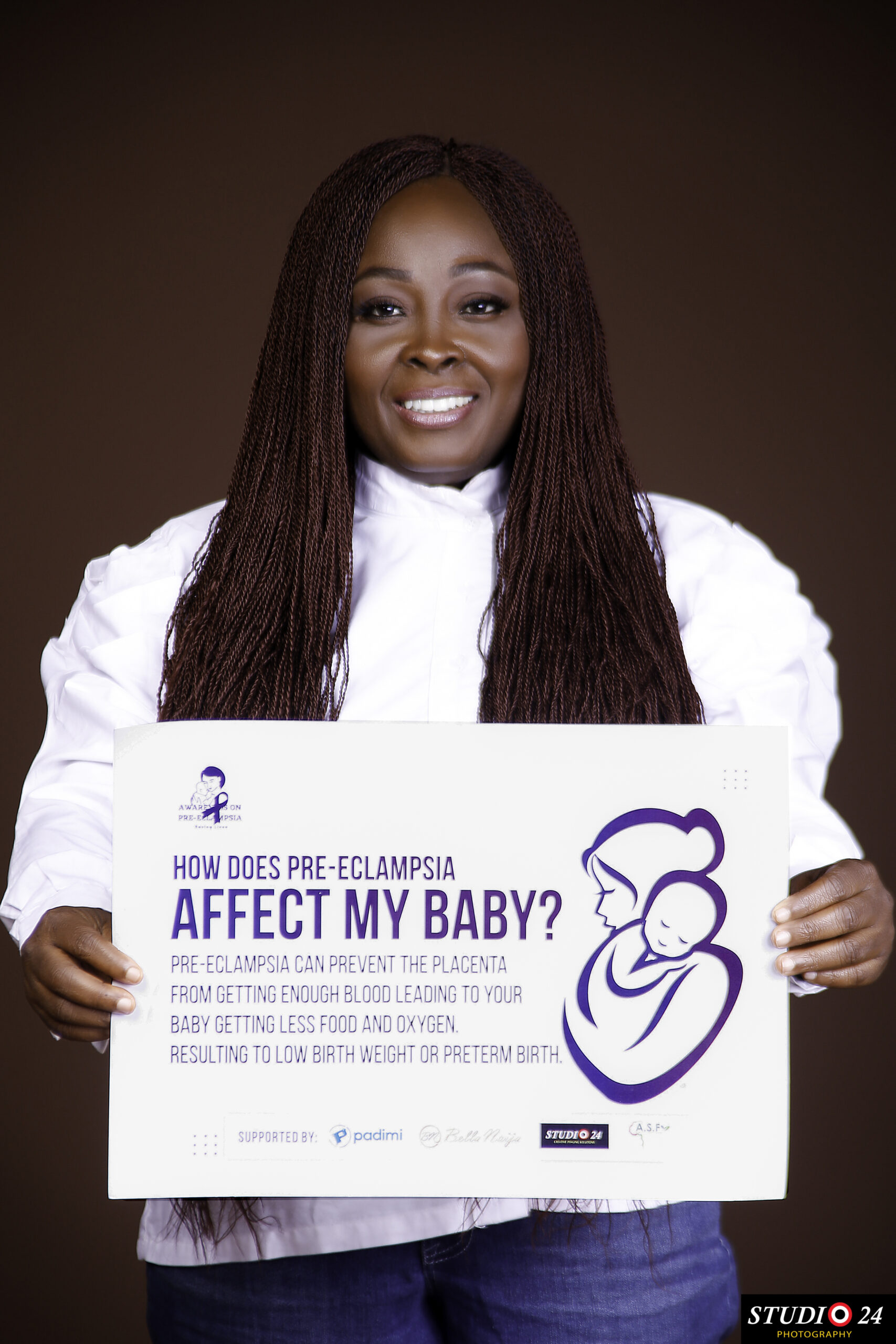 The month of May is Pre-eclampsia month and May 22nd is world Pre-eclampsia day. we would be honored if you can post these awareness photos up on your platform to spread The word .
myself and some mothers came together for a photoshoot and lent our voices to the cause
Below is a short Bio of the women and why they are lending their voice to talk about this killer condition in pregnancy. and attached are the photos

Tolulope Adeleru-Balogun is a journalist and media pridessional. She currently is Head of Programmes for News Central, a pan-African news station. She’s responsible for leading various teams to actualize the company’s mission and vision.

“I didn’t know how dangerous pre-eclampsia could be. It was when my doctor put me on bedrest and the hospital was calling me every day to monitor my blood pressure then I decided to read up on it. It had snuck up on me and I knew it could sneak up on others. I was lucky, other women may not be so lucky, which is why I’m taking part in this drive to raise awareness.

JAYNE ITSEWOLI OPUTE
Current Centre Manager for First Festival Mall, trading as Festival Mall. The mall is located at Amuwo Odofin axis.
I hold an executive master’s  degree from  Obafemi  Awolowo University. I love what I do, which is; managing malls. It gives me the opportunity to interact with different people from different backgrounds and professions. A lot of behind the scenes goes into managing a shopping mall .I also love photography (taking pictures, and being in pictures), cooking and wigs
and why you are lending your voice for the pre-eclampsia awareness drive

Why? I remember the 1st time I heard of pre-eclampsia. It was just a word to me during my 1st pregnancy. I didn’t even read up on it because by the next  antenatal the initial traces of protein in my urine had disappeared. So my doctor said not to worry. I did just that.

However, the next time I heard that word, I felt my world crashing down.  My younger sister had it and it was fatal.  In fact the 1st consultant I spoke with told me outrightly  “tell her to terminate that pregnancy if she wants to live ” she is a young girl and she can start all over. I couldn’t bring myself to  give her that news. A rush of mixed feelings that I couldn’t explain. Then I now remembered my early conversations of her pregnancy  telling her you need to register for antenatal early, blah blah . infact a million and one emotions flowed through my head. Summary: The mother made it and the baby didn’t. It was a lot of emotional and physical activities for me as the sister, not to mention the person going through the whole ordeal. If I can help another woman , sister so they don’t  go through this experience/ordeal , I will in the best possible way I can. If lending a voice or a campaign will do so, by all means bring it on!! I am ready.

Omotunde Adebowale-David is  lawyer,a seasoned and award winning broadcaster with over 20 year experience,an actor ,a mother of 4 champions
Their are many ailments that plaque women that are not giving enough voice and preeclampsia is one of them and a lot lot of women has suffered it and still affected by it it’s time we remove the stigma and talk about it so women can feel supported.

Shine Begho Usanga is a seasoned broadcaster with over 15 years experience in the media (Radio and Television). A mother of 1 but could have been 2. In 2016 Shine Begho was Diagnosed with Pre-eclampsia which almost took her life, it was so severe that even. Although she survived her son didn’t, he died 11 days after birth. Since then Shine has been working on how she can help women not to go through what she went through which brought about the Shine Begho initiative , an initiative dedicated to Pre-eclampsia/eclampsia awareness.
The month of May is pre-eclampsia month and May 22nd is pre-eclampsia day, Shine Begho initiative is bringing mothers together to lend their voices about this silent killer and raising funds for free antenatal care for women who can’t afford it, Since antenatal care is the first step to getting diagnosed for pre-eclampsia. But still there are symptoms to look out for while pregnant  like Blurry vision, severe headaches, swollen feet, face or hand, increase in blood pressure, little urination etc please visit your hospital immediately. 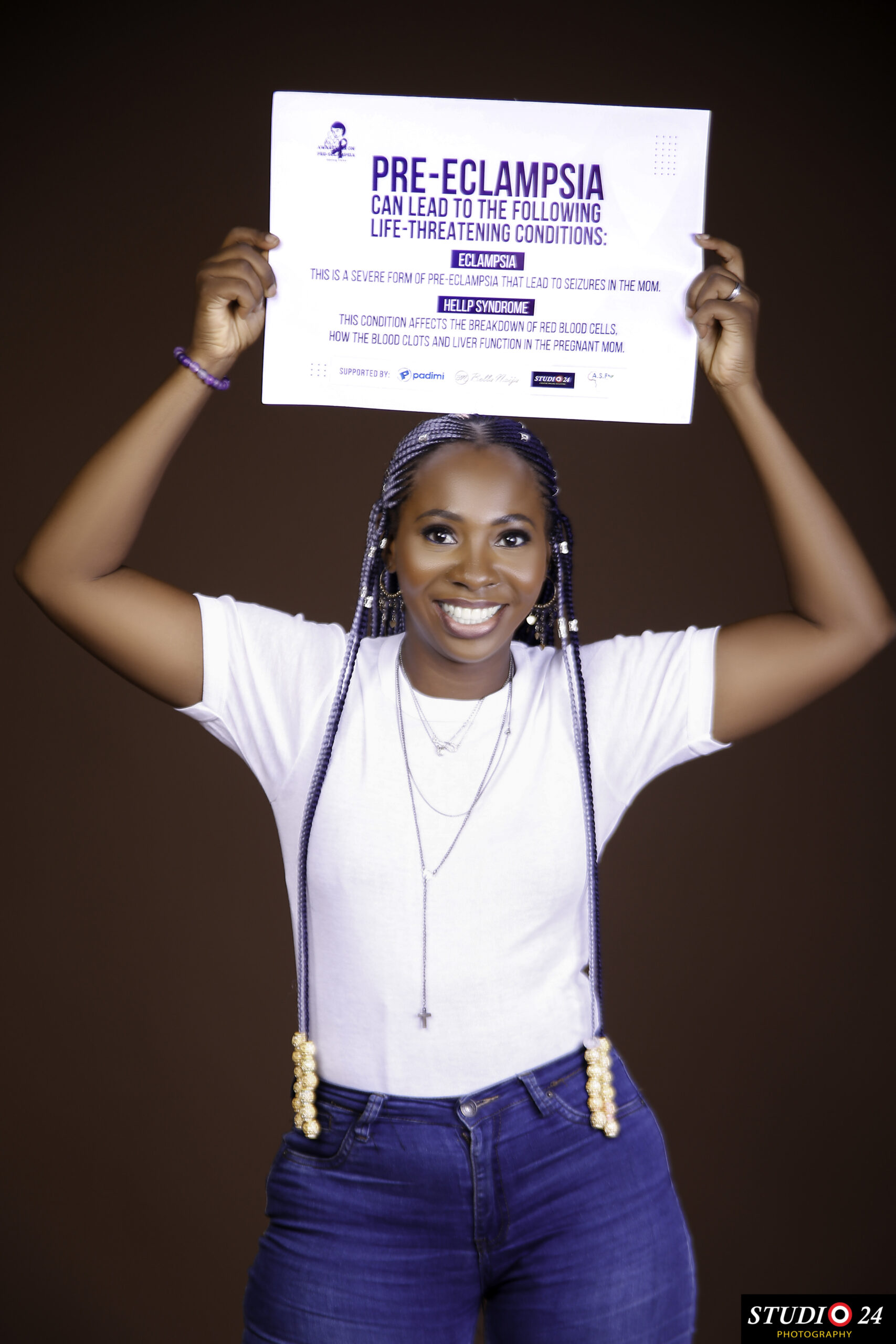 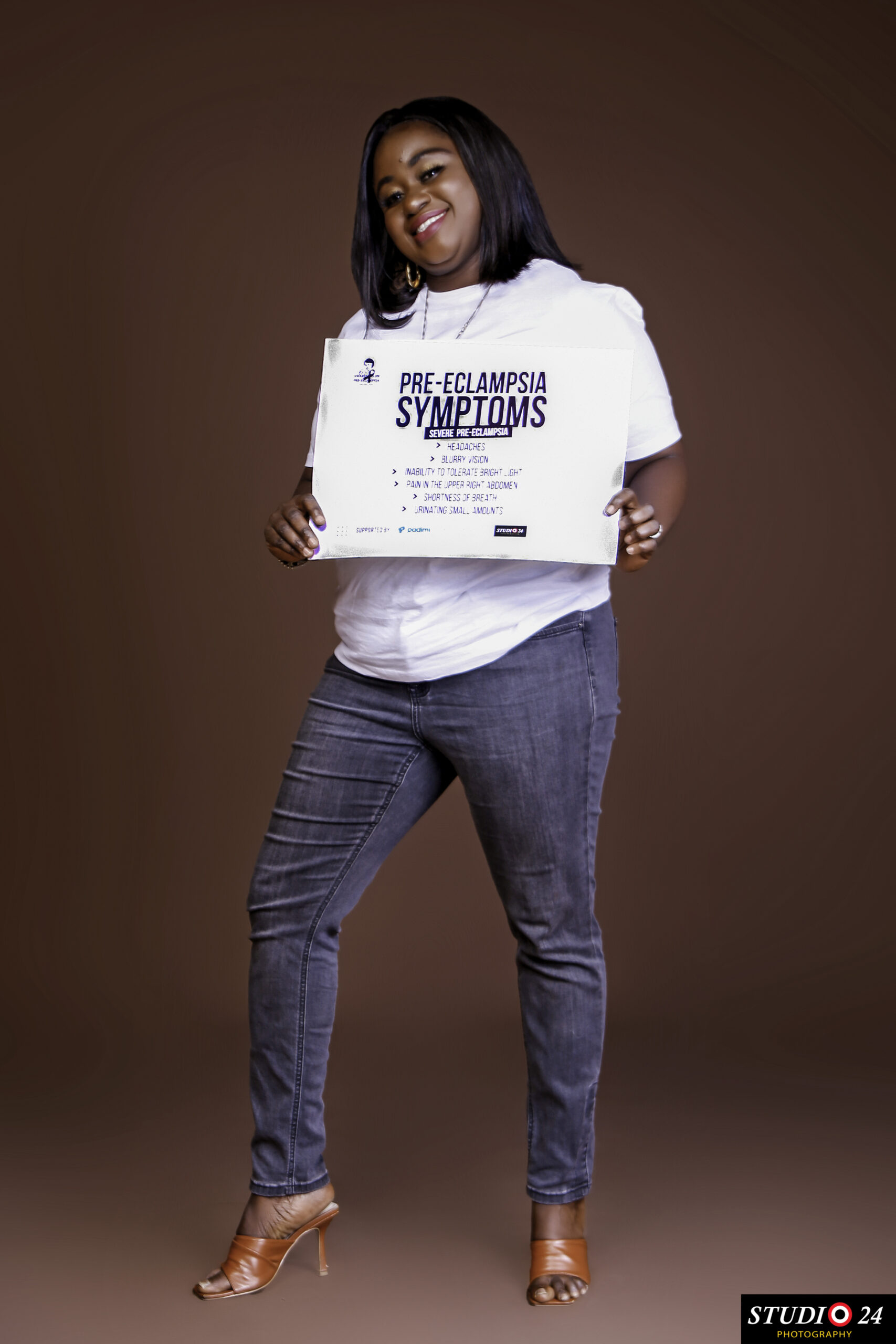 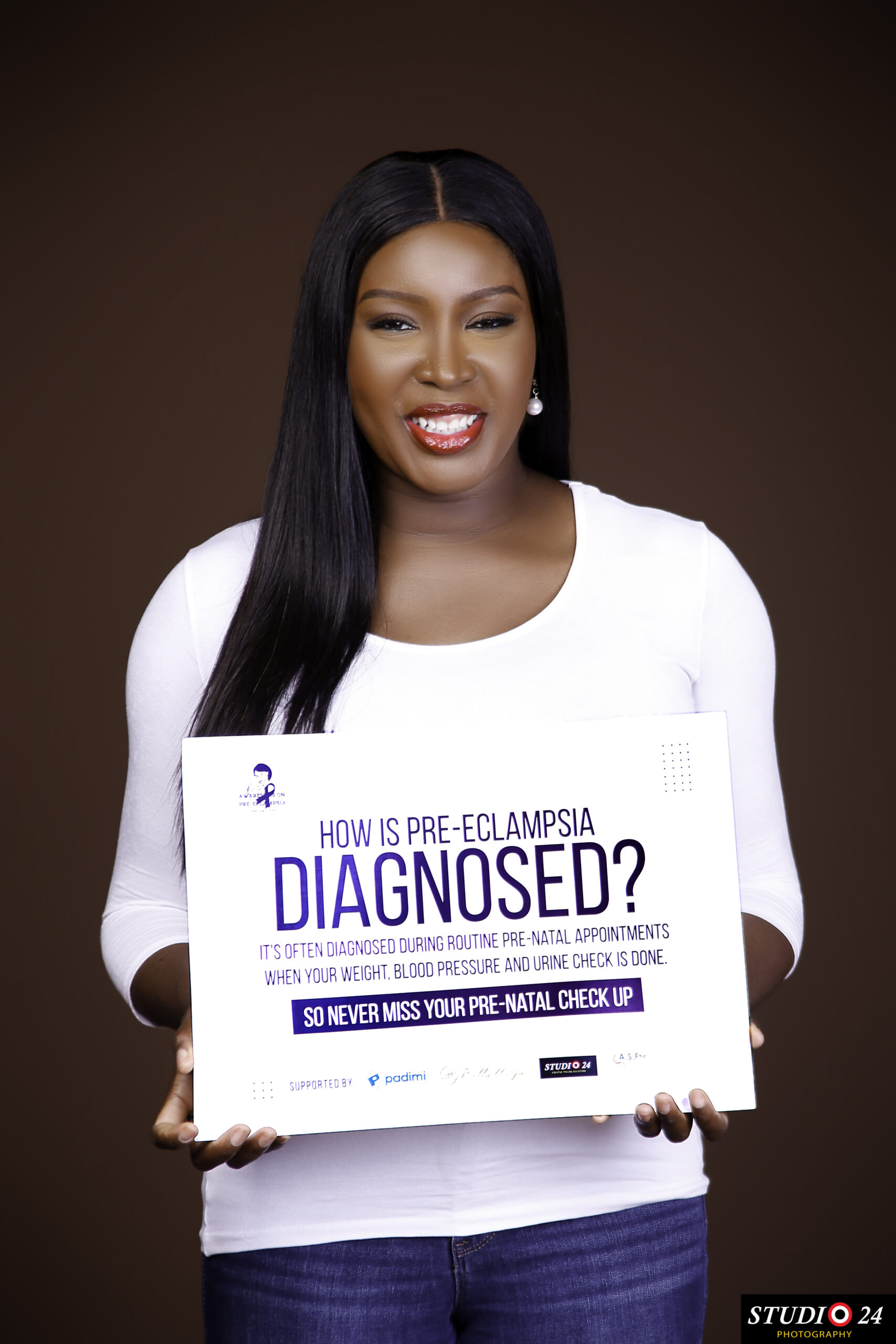