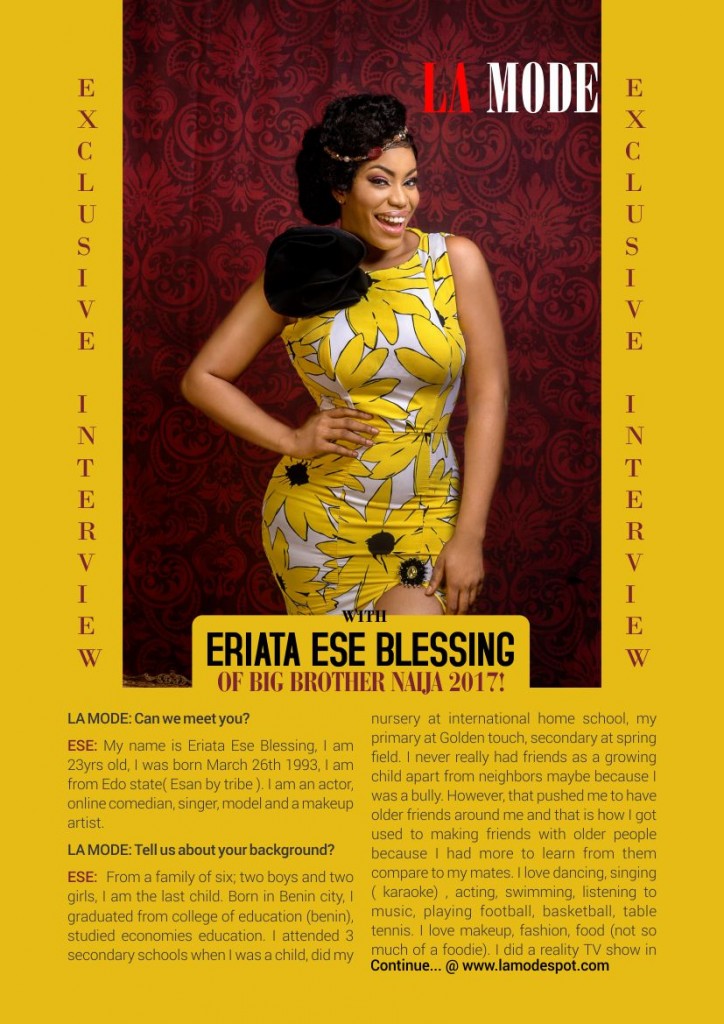 La Mode: Tell us about your background?
Ese: From a family of six; two boys and two girls, I am the last child. Born in Benin city, I graduated from college of education (benin), studied economies education. I attended 3 secondary schools when I was a child, did my nursery at international home school, my primary at Golden touch, secondary at spring field. I never really had friends as a growing child apart from neighbors maybe because I was a bully. However, that pushed me to have older friends around me and that is how I got used to making friends with older people because I had more to learn from them compare to my mates. I love dancing, singing ( karaoke) , acting, swimming, listening to music, playing football, basketball, table tennis.
I love makeup, fashion, food (not so much of a foodie). I did a reality TV show in 2014 popularly known as Gulder Ultimate Search(season 11) after which I opened my makeup studio in Benin city then I moved to Lagos in December 2015 because I wanted to pursue my career as an entertainer. I started going for auditions. Then proceeded to making instagram skits which opened way for me. I have done couple of movies, billboard advert and TV commercials. I currently went for another reality TV show “big brother naija” 2017 and I went in as a fake house mate. I recently dropped my first song with the video titled “super love” and I intend to push my music really far but it won’t stop me from doing movies, intagram skits etc.

La Mode: Your do you combine your Comedy, Acting and Musical Talents?
Ese: People usually say “you can’t do all at the same time” Being a jack of all trade and a master of all it takes; time, calculations and planning there is always time for everything.

La Mode: Would you say you are making good use of the opportunities given to you by the just concluded Big Brother Naija Game?
Ese: Hmmm big letter “YES”. Ever since I got out it has been amazing, my followership increase, things I find hard to get now comes easily, I no longer have to stand for hours under hot sun just to audition for movies or commercials, most places that I go to i don’t have to introduce myself. This platform has indeed changed a lot I’m forever grateful to God for this and also to the people who show me love.

La Mode: Tell about your new Video…
Ese: My new video is to promote my first song ever titled “superlove”. The video was directed by avalonokpe, it was an amazing experience, being the fact that it is my first and I’m so excited about it. Though, it wasn’t easy running around to get costumes and nice location that would interpret the video properly and to God be the glory everything came out really nice.

La Mode: Who inspires you?
Ese: My mother and my sister. My mum is a definition of a strong woman, so bold and determine, she never gives up on what she sets her mind on and she never stops praying even for her enemies. She prays for them. She has made me understand that “life cannot be sweet all the time, when bitter times come you should be ready to stand the test of time”. She has also made me realize that ‘’pride comes before a fall’’ and in all ways “be humble”, the list is endless. Same goes to my sister she is my second mum and most of the things I know today I learnt from her as well.

La Mode: Which international and local fashion magazine is your favorite?
Ese: My favorite international magazine is “Elle” it is all about fashion, lifestyle and entertainment. My favorite local is “La Mode”
If not that I have the opportunity to be in it, I would not have believed the pictures were taken in Nigeria and the quality of the magazine is so classy.

La Mode: Where do you see your brand in 5 years?
Ese: In 5 years from now I hope for my brand to be well known in Africa and also remain relevant in the entertainment industry.

La Mode: Any advice for readers?
ESe: Free your mind from hate, always love yourself, always believe in yourself and don’t let what people say bring you down because talk is cheap. Always put God first. Thank you. 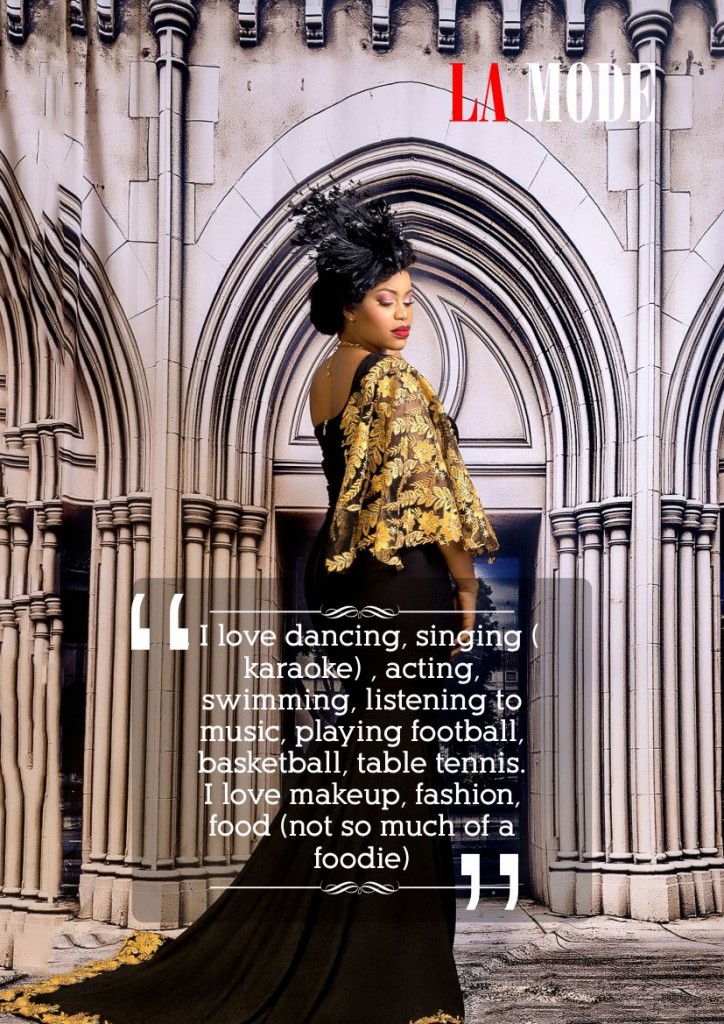 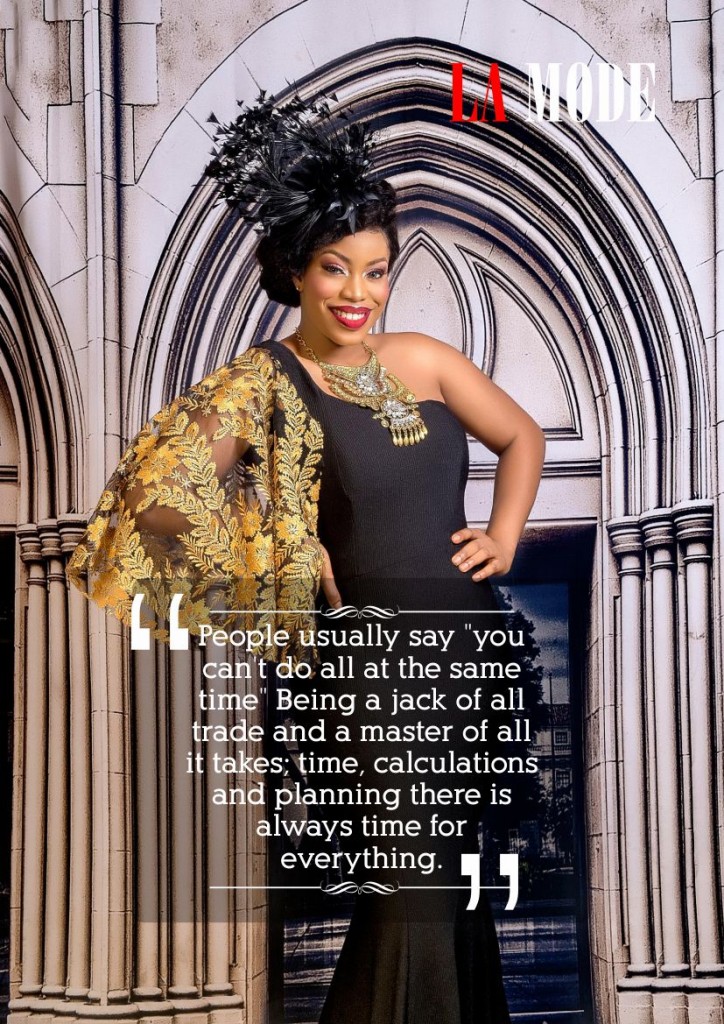 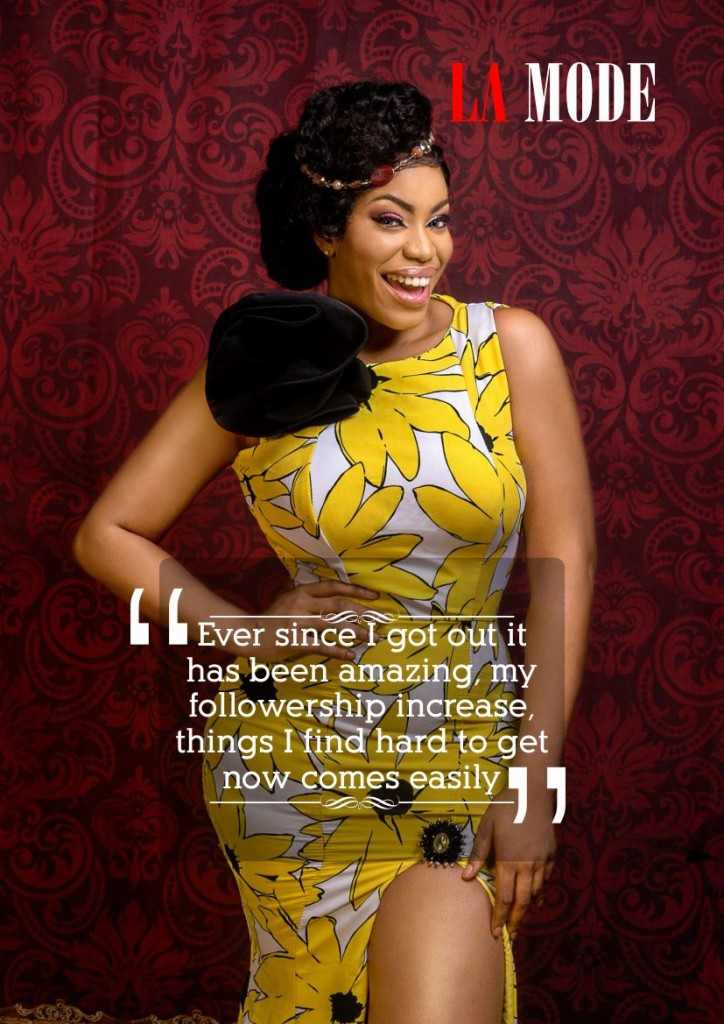 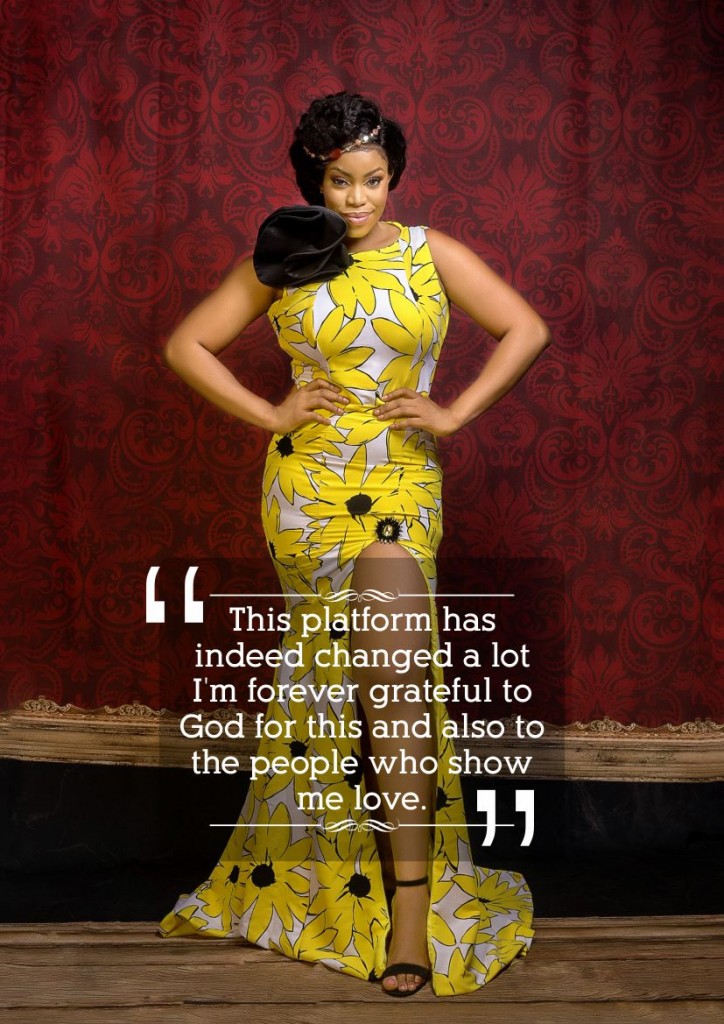 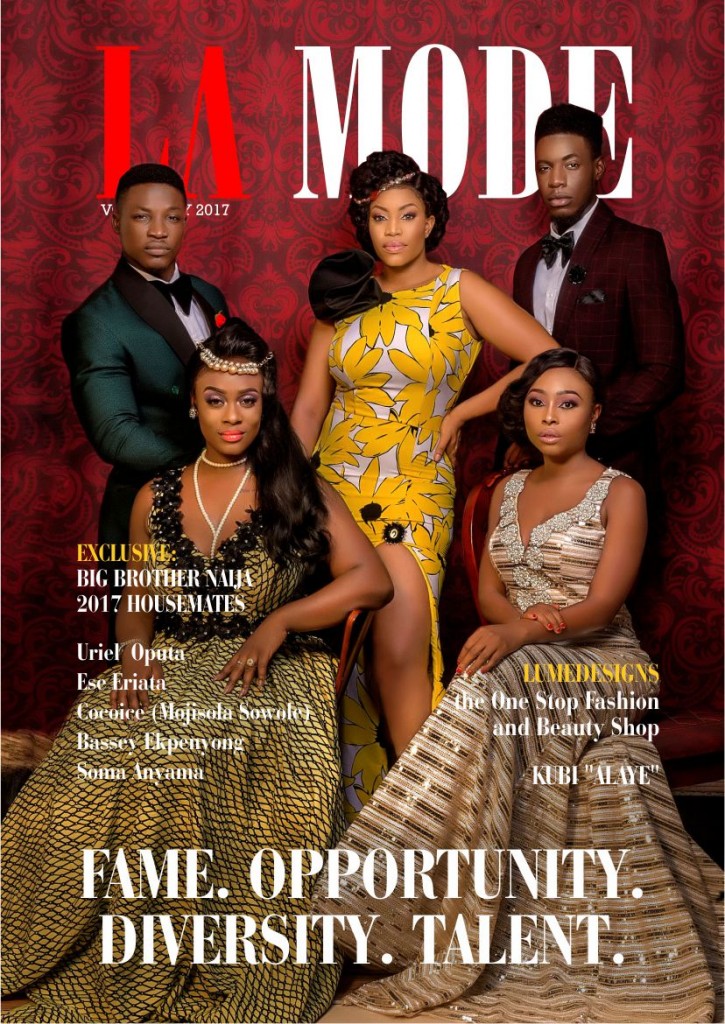 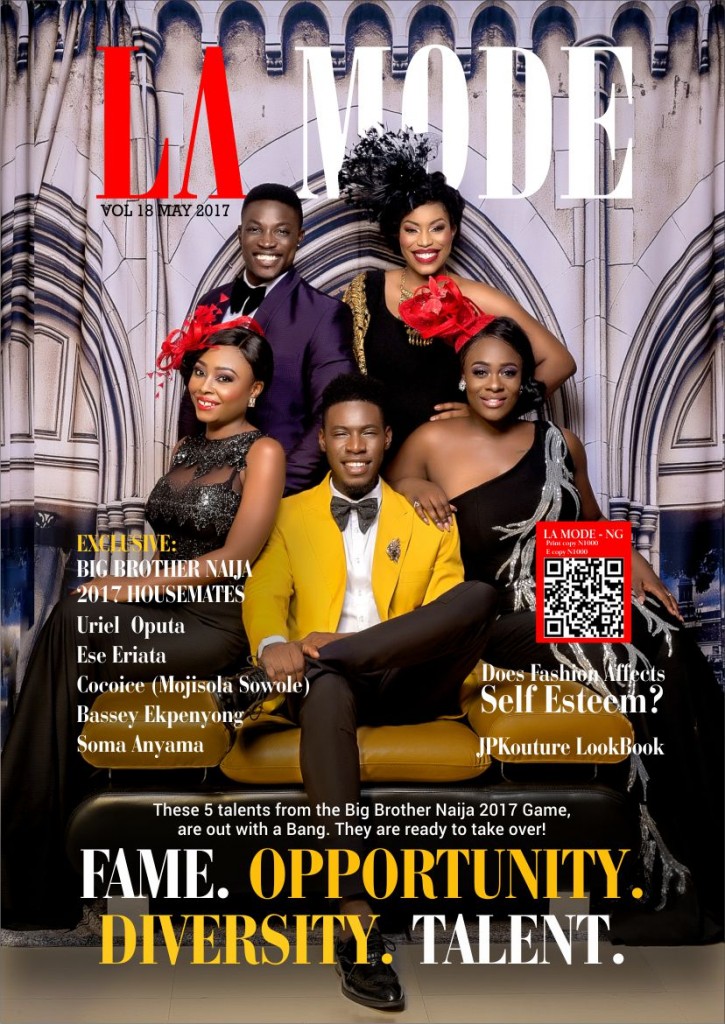