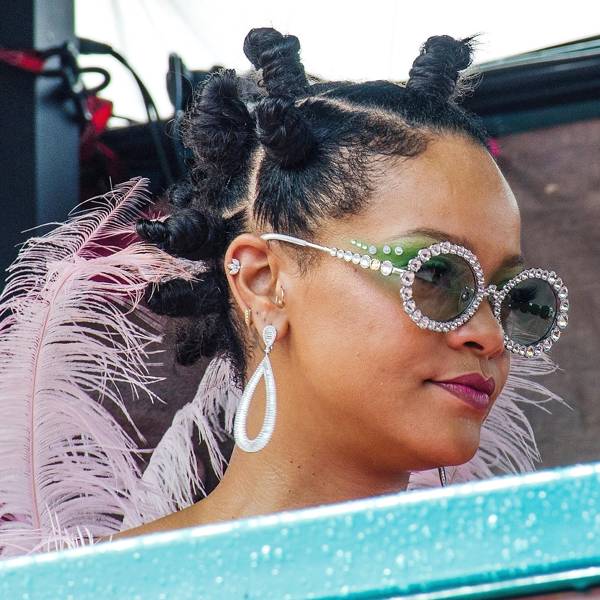 I freak out when Rihanna does pretty much anything, but I’ve got to admit she is at her absolute best during carnival.

The makeup and luxury-fashion mogul was on the road in Barbados with the Aura Experience carnival band for the Grand Kadooment parade on Monday, and to say that we anticipated seeing the costume she would be rocking. In fact, for many carnival-obsessed folks ) and card-carrying members of the #RihannaNavy, seeing the pop star’s costume is like the next best thing to actually being there.

This year she went in a bit of a different direction with her costume, while still capturing the joy, campiness, and glamour of carnival.

Choosing to eschew the blinged-out bodywear we typically see on the road, Rih played mas in a strapless pink minidress decorated with giant plumes of pink feathers. The singer was spied jamming on the truck with her hair styled in Bantu knots. She wore green eyeshadow, punctuated by a few rhinestones on her eyes. And to shade her peepers from the sun, she donned a pair of rhinestone, oval-shaped sunglasses.