American actor, Terry Crews has declared support for the Cosby show star Geoffrey Owens after his photo went viral for now working as a cashier in Trader Joe’s.

Fox News and other entertainment sites shared photos of Geoffrey Owens bagging groceries for a customer but people felt it amounted to job shaming and celebrities declared support for Owens while encouraging him and revealing what jobs they’ve had to do to make an honest living. 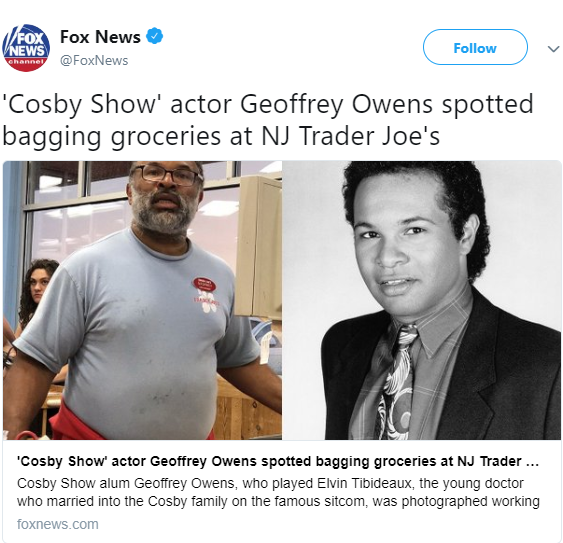 Lending his voice to the issue, Terry Crews tweeted:

I swept floors AFTER the @NFL. If need be, I’d do it again. Good honest work is nothing to be ashamed of.