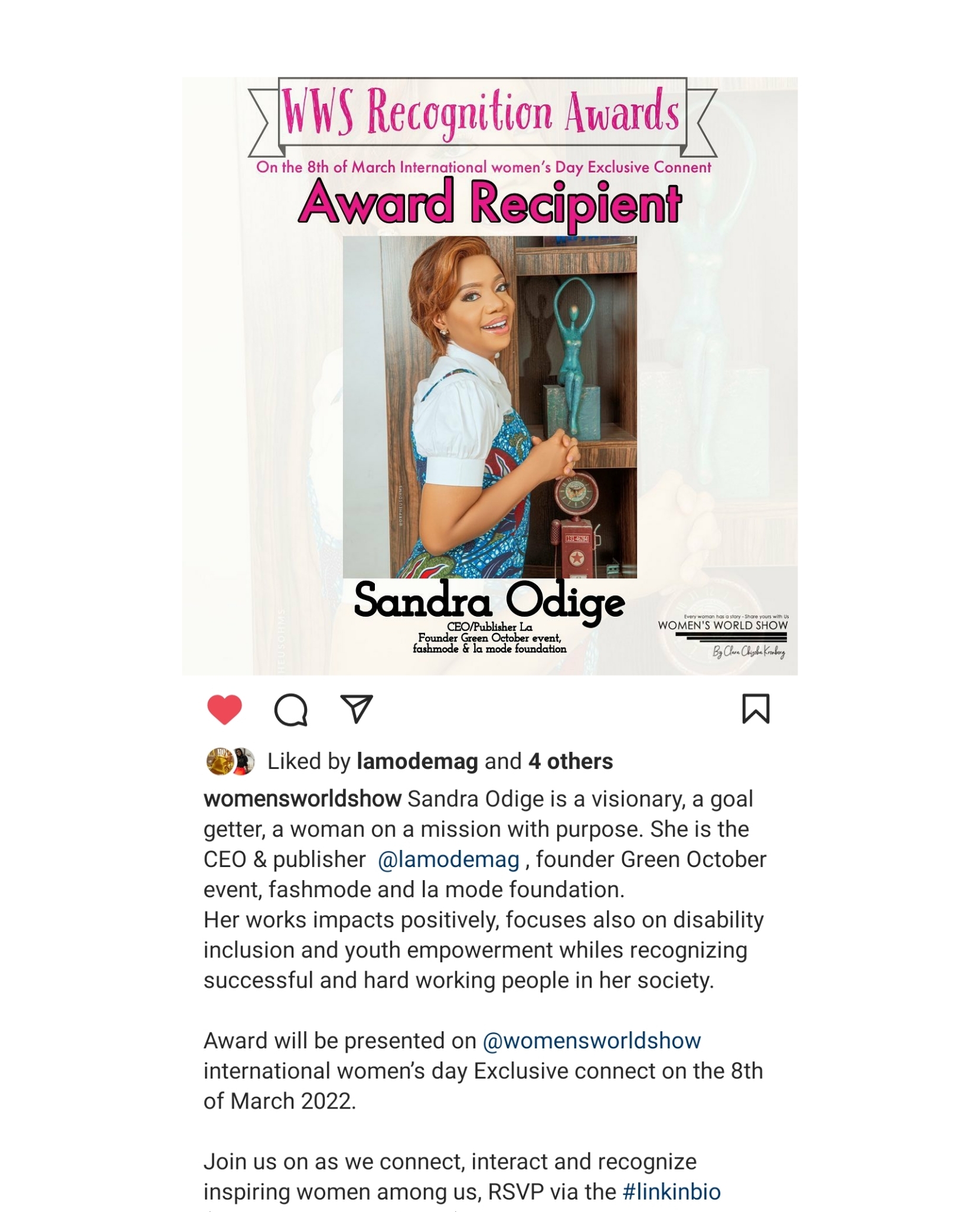 International Women’s Day is an annual celebration across the globe. March 8th, is the day set aside annually to commemorate women who are adding value in the polical,economy and socio-cultural sheres of life and achieving women in genral.

Sandra Odige is a mother and wife,a graduate of Benson Idahosa University.She Studied international studies and Dipomacy and graduated with Second Class Upper Division. She is a versatile professional, a goal getter and an astute professional. Her interest to constantly add value to humanity and the society at large gave birth to the following brands and initiatives;

She has significantly added tremendous impact to the society and humanity through these initiatives and empowered so many at large.

Sandra Odige has won several awards both locally and internationally. She has gained a good number of recognitions for her works and contributions to humanity. She has featured on top publications across the country ,Africa and beyond.

The women’s world show located in Spain, recognised her in celebration of international women’s day for her contribution to the society. The Women’s World Show is a show that showcases women who are contributing significantly in the society.

Women’s world show is a TV talk that uses the breakthrough moment and world of a success woman to inspire ,elevate and motive other women . In women’s world show , they do not measure success by the amount of money in the pocket but by the efforts one makes on daily basics to achieve their goal . They believe that every woman’s story matters because every woman do have a story.

International Women’s Day (March 8) is a global day celebrating the social, economic, cultural, and political achievements of women. The day also marks a call to action for accelerating women’s equality.IWD has occurred for well over a century, with the first IWD gathering in 1911 supported by over a million people. Today, IWD belongs to all groups collectively everywhere. IWD is not country, group or organization specific. Paragraph Source (https://www.internationalwomensday.com/) 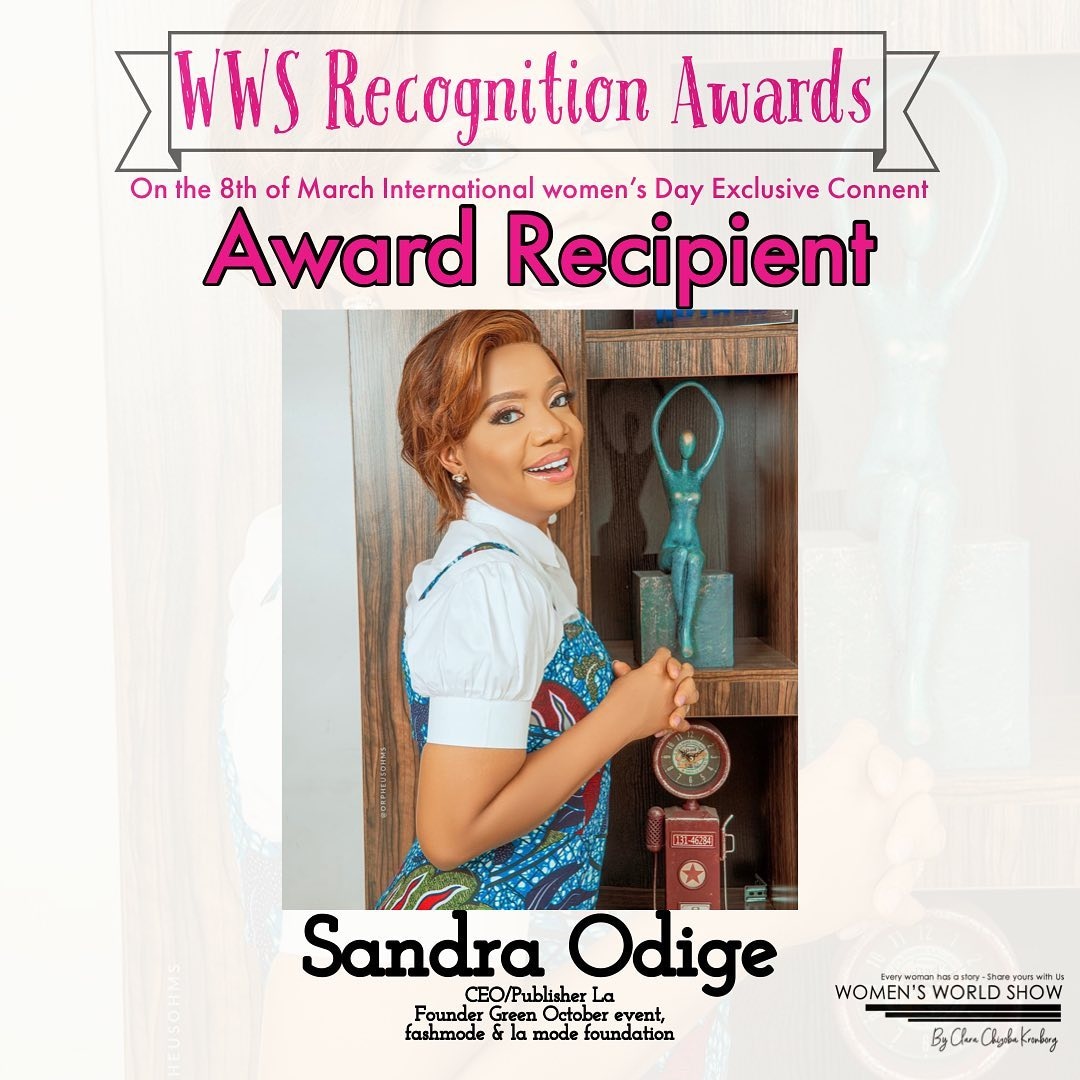